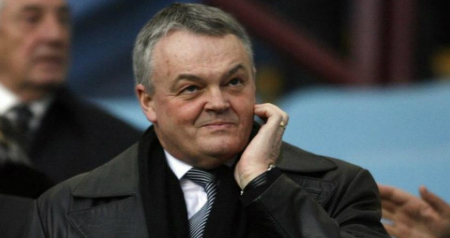 We yesterday heard the sad news that ex-Bolton Wanderers chairman Phil Gartside passed away after a battle with Cancer.

Now, Mr Gartside has divided opinion amongst Bolton fans, especially in recent months; but one thing that’s certain is that he presided over the most successful period in the club’s history.

Two FA Cup semi-finals, a Division 1 playoff win (with promotion to the Premier League), a League Cup Final, two UEFA Cup campaigns and four top 8 Premier League finishes in a row, make for some great memories. Not to mention him overseeing the signings of world-class superstars, such as Bruno N’Gotty, Youri Djorkaeff, Jay-Jay Okocha, Fernando Hierro, Ivan Campo & Nicholas Anelka, to name but a few.

As a fan of Bolton Wanderers, I’ll always cherish the years that we’ll probably not see the like of for quite a considerable amount of time. And though it may have gone sour in recent years, we as fans will always have the two victories over Manchester United at Old Trafford, the draw away at Bayern Munich and the 5-0 opening day victory at Leicester City amongst many more of the wonderful victories that occurred under Mr Gartside’s watch.

So for this, I would like to thank you Phil, it’s been a good ride and my thoughts are with your family & Friends at this time