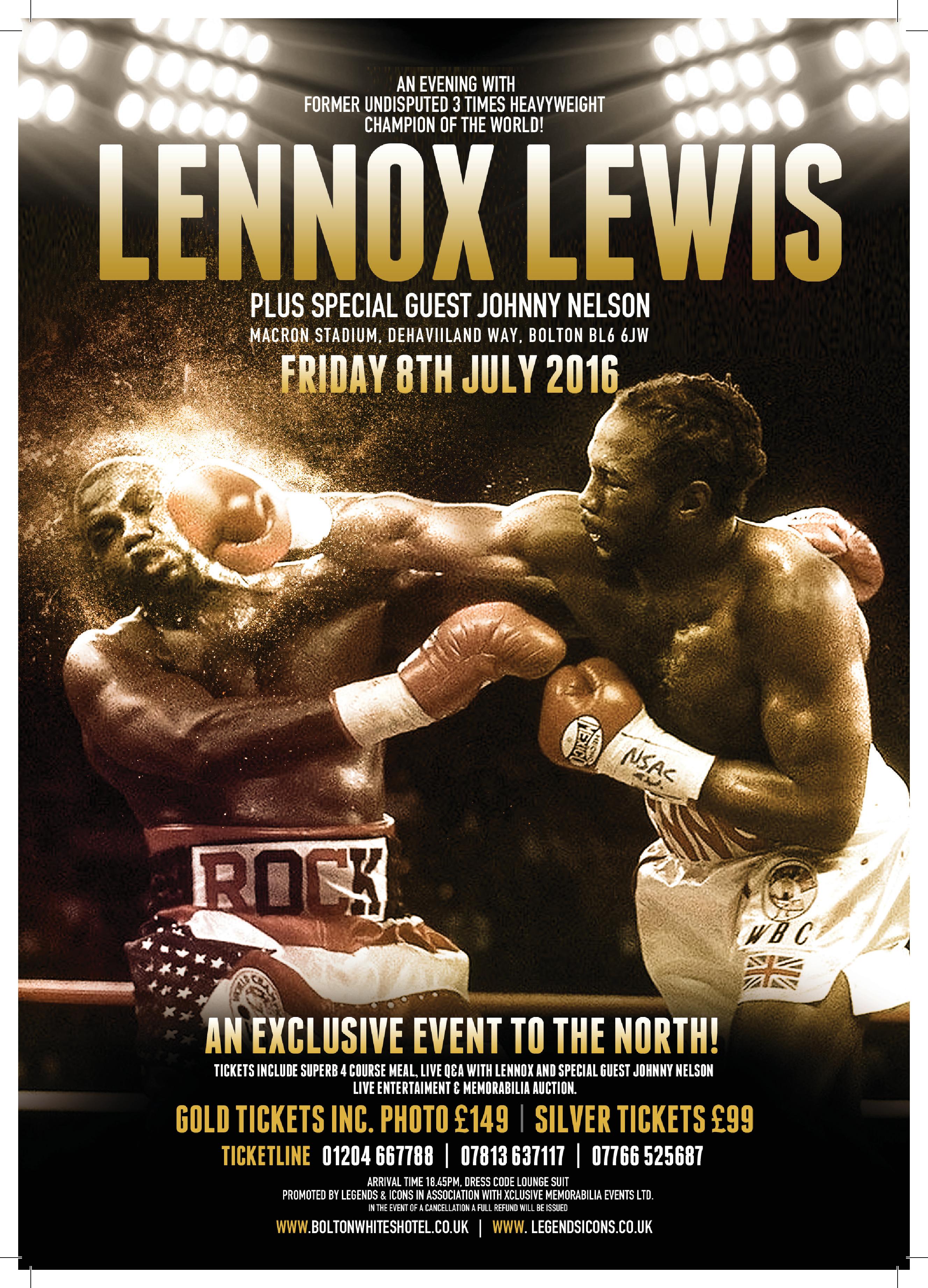 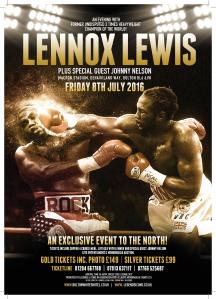 A FORMER world heavyweight boxing champion will top the bill at an exclusive sportsman’s dinner.

Fans of all ages will have a once in a life time opportunity to see Lennox Lewis, the former unified world heavyweight champion, up close and personal in the Premier Suite at the Macron Stadium on Friday, July 8.

Lewis is just the latest star that will perform in the Premier Suite as part of the new initiative Bolton Live.

The former heavyweight sensation will take part in a question and answer session which will include him talking about his career and today’s current heavyweights.

The event, which is exclusive to the North, will be hosted by Sky Sports pundit and former world cruiserweight champion Jonny Nelson.

Also included is a four course meal, live entertainment plus a memorabilia auction.

Ticket prices for the event start at £99, ranging from £149 which includes a photo with the boxer, to £199, which secures front row seats.

“It’s promises to be a big event and we’re hoping boxing fans will turn out and show their support.

“As well as Lennox, the event will be hosted by Jonny Nelson who is another top name in the sport of boxing and between them I am sure will pack a punch with a lively night to entertain the crowd.”

Dress code for the event will be a lounge suit and fans are asked to arrive for 6.45pm.

For tickets for the event, please visit http://www.boltonlive.uk/sports/.