It`s very rare that i get to combine the family and my Blogging role so when the invite hit the inbox to take them to the opening of the finding dory event at Sea Life , Manchester  at The Trafford Centre (obviously) i jumped at the chance.

The special Disney Pixar Finding Dory event is now officially open and runs until Sunday 11th September at the Manchester attraction , as well as at 11 other Sea Life Centres in the UK and Ireland.

Disney Pixar`s Finding Dory tells the story of Dory`s quest to find her own family , with the help of Nemo and new characters Like Hank the Octopus.

The kids were really excited when i told them where they were going as both my Grandson and Son are huge Fans of Finding Nemo and can not wait to see Finding Dory  (I should also note at this point that My step daughter who came with us is a MASSSIVE fan as well and could probably quote you half of Finding Nemo if you asked… She`s 24…) So when we arrived the excitement was palpable.

Just outside Sea Life is a very good Walk in Fish tank Finding Dory display that is ace to grab a photo in.

On arrival we had our picture taken (you can purchase this after you have walked the tour) and we were given some great Finding Dory Goggles for the kids and instructions on how to follow the Hank , the cantankerous Octopus trail (Interesting fact here he`s actually a Septopus!)

Hank appears in displays all the way through the centre, revealing amazing fishy facts and collectible Letters which the children need to unscramble at the end of their Sea Life journey in order to earn a reward.

The centre itself is home to 5,000 creatures, such as sharks, seahorses, a green Sea Turtle that was rescued from a farm , a Giant Pacific Octopus,Jellyfish, octopus and rays and literally soooo many more.

The kids (and us adults) really did feel like they had been transported to an amazing underwater world with some amazing creatures and very cleverly designed tanks and interior including the amazing walk through underwater tunnel but the highlight for both kids (and yes us adults as well..) was when we found Nemo (and his friends) and Dory! Honestly , their faces just lit up!

We spent a good twenty minutes in the small tunnel by Nemo and his friends with each child because they were that happy. They loved the different shark species they saw as well and they were just transfixed by the amazing bay of Rays, which is home to some gorgeous Blue Spotted Stingrays. Both the kids really enjoyed the handling pool where they got to stroke the backs of crabs and starfish even though they were a bit nervous the wonderful member of staff could not do enough to help them.

We all loved the interactive nature of the displays as well with lots of buttons and hands on things for the kids to do and the indoor play centre half way through was a very nice touch and gave the kids the chance to burn off some of the excitement and allowed us adults to grab a brew before we kept on going. 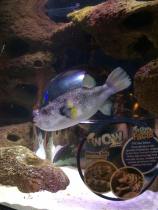 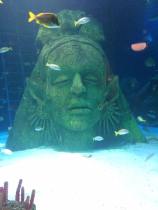 All in all we seriously loved the whole of Sea Life`s new “Finding Dory” event and it is 100% worth a trip down to see it before it goes. The kids literally had a field day and could not stop talking about it (They still are as i write this review in fact) The tie in with Finding Dory is really quite clever especially as it helps to reaffirm how important our seas and marine life are. Educational and Fun at the same time..the perfect combination for families.

As we were also invited to check out The Lego Discovery Centre (which is right next door) we took the kids straight into there and my did they have a great time there as well! The kids went on The Factory tour where they learned how raw plastic is turned into finished Lego that was made really fun by the professors assistant. The kids got to join the Good King`s army on the (very very clever) Kingdom Quest ride, where they got to climb aboard a chariot for a battle against the evil skeletons and trolls.

They had a great time in the Lego Racer: Build & test Zone where they built racers that they could test out and time on the track.

Obviously as soon as the kids spotted the Merlin`s Apprentice ride we had no choice but to strap ourselves in and fly with Merlin and the kids found the whole experience of it really funny with shouts of “Pedal dad/mum pedal we need to fly!” and it was great fun.

The LEGO Studios- 4D Cinema was amazing! We saw both the The Lego Movie 4D A new Adventure and LEGO Nexo Knights- The book of creativity in the state of the art Theatre that effortlessly mixes 3d technology with the fourth dimension including wind , water and smoke. My son absolutely loved both and even i will admit i was blown away by the quality and the effects. The LEGO Ninjago laser training area was ace and i will admit seriously cool and was a great treat.

Obviously you could not have a LEGO attraction without some amazing models and Manchester certainly does not disappoint  Miniland is where Manchester and the north of England really comes to life where you can see first hand the areas iconic landmarks that have been lovingly reconstructed from nearly 1 MILLION LEGO bricks. The Blackpool Tower is especially striking especially as when night falls the animated fireworks kick off and you are treated to an amazing show. 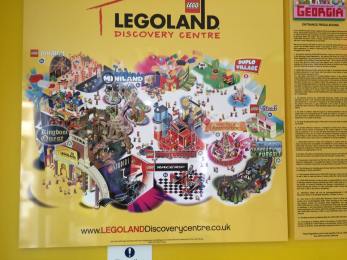 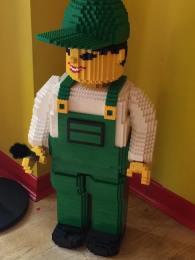 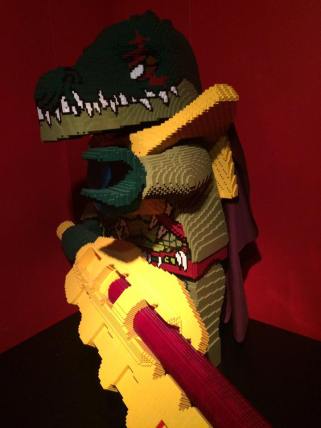 The LEGO friends house is rather cool with the chance to perform the kids favourite songs on the specially designed Karaoke stage and half way through we let the kids loose in the LEGO City: Fire Academy which is a massive play area where they got to brave the Fireman`s ladder and run around climbing and burning lots of energy off.The LEGO City: Construction Site was a nice stop plus also my grandson totally loved the DUPLO Farm area and earthquake tables. We finished off the day in the Lego Cafe with some nice bits and pieces for the kids and a very well deserved brew for us.

All in all they (and us) loved The LEGO Discovery Centre, Manchester and the kids let their imagination run wild and burnt off lots and lots of energy (So much so that they both fell asleep in the car during the short hop from The Trafford Centre back to Bolton) 100% well worth a visit on it`s own.
Until Wednesday 31st August Sea Life, Manchester and Lego Discovery Centre Manchester are offering a great combined tickets deal which you can check out on the following links-