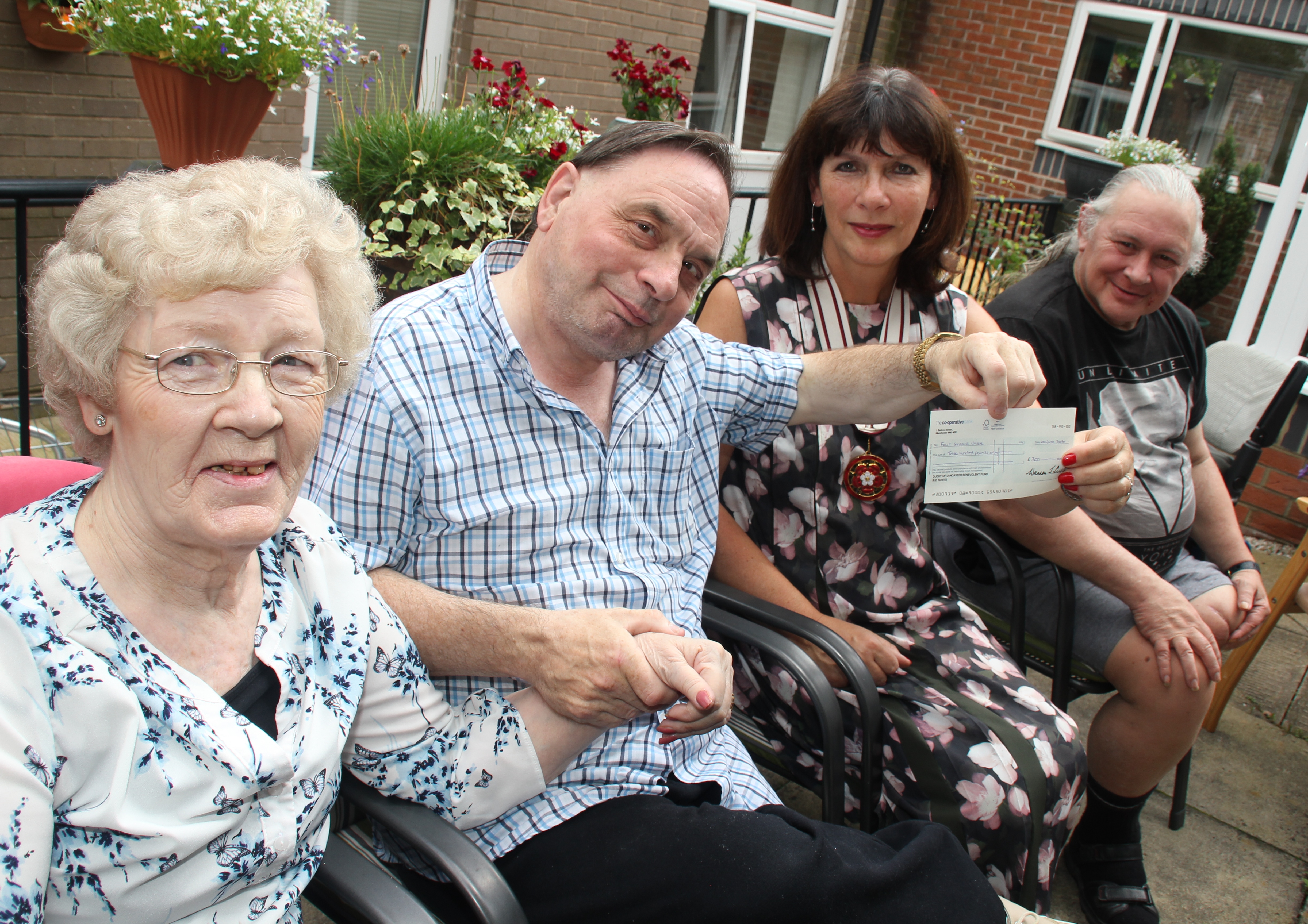 Fundraising residents living in supported housing in Bolton have received a £300 grant, which helps their efforts to bring communities together.

Four Seasons Unite is residents group that represents those living at Bolton at Home’s extra care sites in sites at Merton in Deane, Eldon St in Tonge, and Maxton House and Campbell House in Farnworth. The group is supported by staff and consults residents on ideas for social activities at each site. They then organise fundraising to make them happen.

After a series of well-attended vintage tea parties they now plan to put on a lunch in September for all 120 residents to enjoy together, followed by an afternoon of entertainment provided by a choir and African drumming. The event  will coincide with the International Day of Older Persons on 1 October. This is a focal point for raising awareness of issues affecting the elderly and appreciating the contributions that older people make to society.

On Monday (18 July) Diane Hawkins, Deputy Lieutenant of Greater Manchester, presented Four Seasons Unite members with a grant of £300 from the Duchy of Lancaster Benevolent Fund after a successful application by residents.

Diane said: “We’re delighted to support this initiative. It’s driven by residents who are clearly dedicated to create something that benefits their fellow residents.”

David Hornby, 64, is a resident at Merton. David added: “It’s about getting people out of their front doors on each site. A lot of people become isolated and so it’s very important to give people regular contact and social activities. Four Seasons Unite is about getting people together within each site and across the sites. These are our two aims and we’ll continue to fundraise to achieve them.”