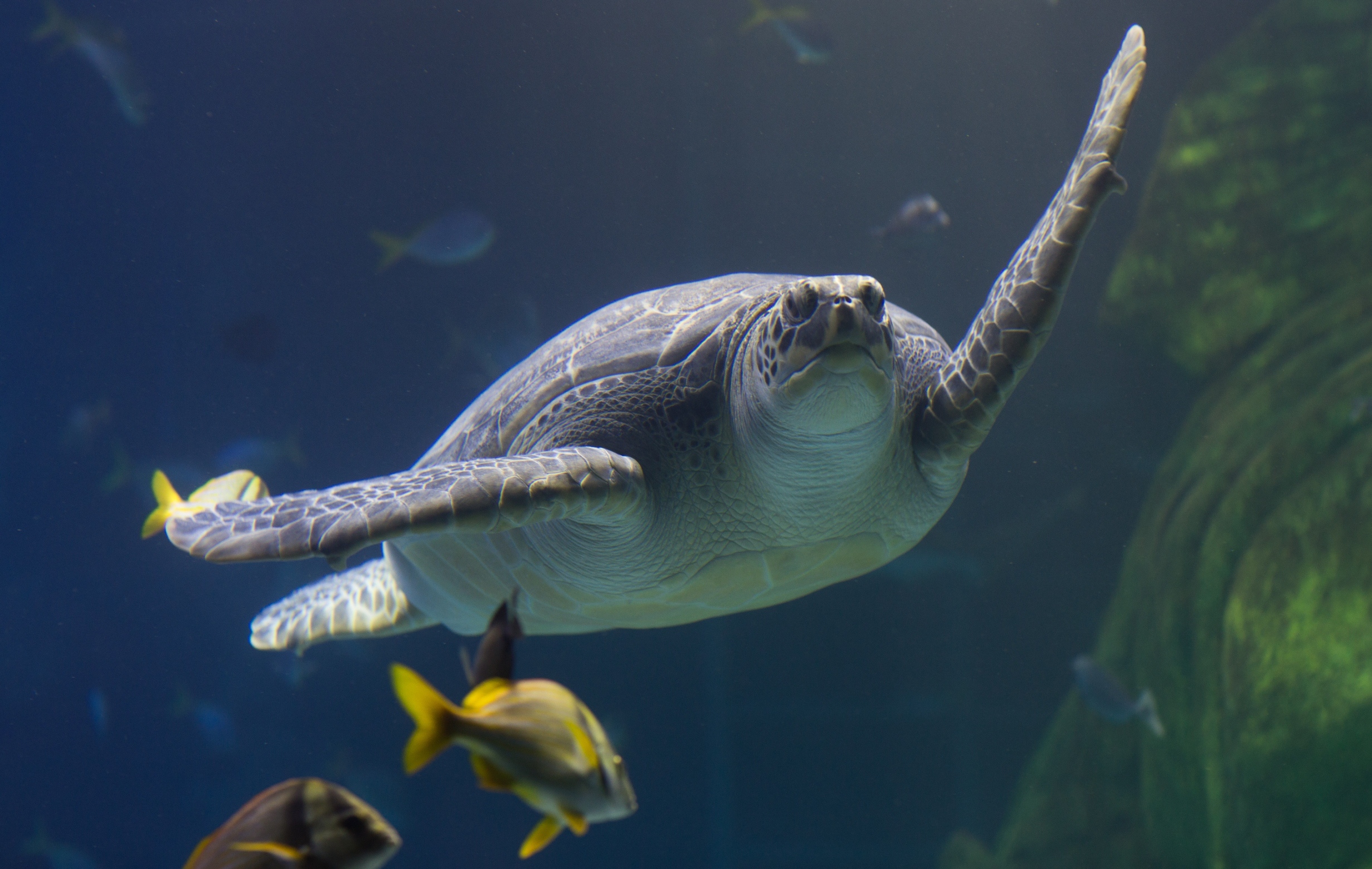 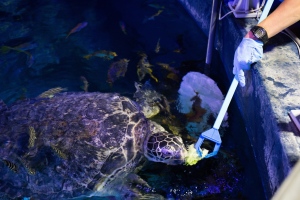 Giant green sea turtle Ernie is watching his waistline as staff at SEA LIFE Manchester have put him on a diet!

It’s not the first time the tubby turtle has had to watch his weight; over the years he’s found it difficult to curb the urge to snack on food intended for his fellow shark tank mates and as a result has ended up eating more than he needs. 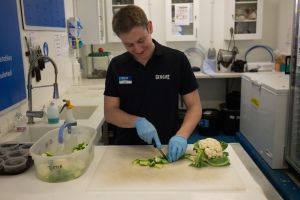 So to combat his hungry tummy, staff at the Manchester based attraction have put together a dedicated diet plan consisting of lettuce, cabbage, sprouts and other leafy greens. Combined with a stimulating enrichment programme to keep him active, staff are working hard to bring his weight down.

Alongside the strict regime, SEA LIFE Manchester has even changed the way it feeds the sharks by training them to come to a target board to feed. This helps keep Ernie on track and away from the tasty leftover morsels.

Dan McLaughlan, who joined as Curator at SEA LIFE Manchester in November 2015 said: “Ernie has lost five kilos so far and weighed approximately 81kg on his last weigh in so he’s doing really well on the diet. We’re trying to keep him as active as possible by giving him lots of enrichment and play which keeps him happy and helps to curb his urge to eat! 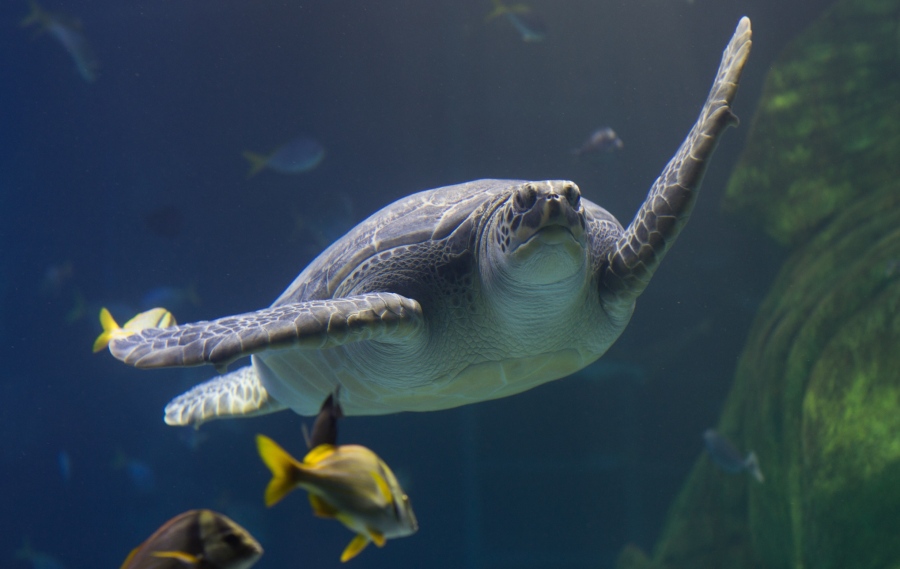 “Ernie checks in for a monthly appointment with us where, as well as his weigh in, we also check his shell condition, mouth health and skin condition. We also check that his microchip is still working and we measure his shell width and length to check his growth rate. Once a year he has a blood test to make sure he has plenty of calcium to make his shell grow healthily and that there are no other underlying health issues.”

To keep up to date with Ernie’s progress or to book tickets to pay him a visit, go to www.visitsealife.com/manchester. Reduced prices are available for tickets booked in advance.