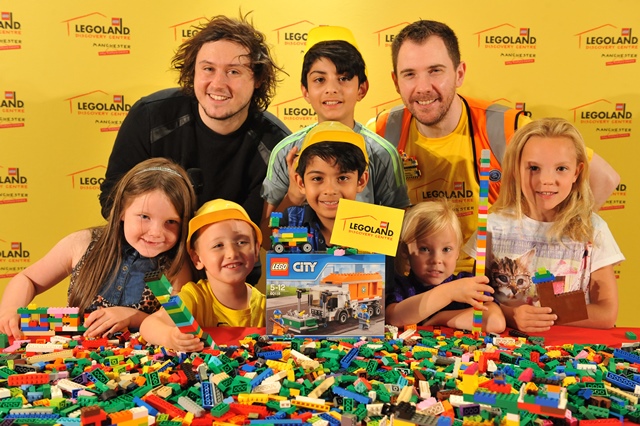 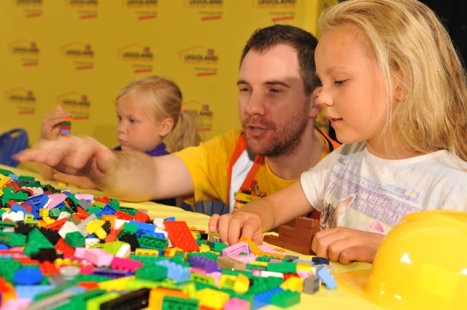 The search is over and Manchester’s most talented LEGO® builders have been found!

On Friday 26th August the intu Trafford Centre saw a flood of children eager to take part in Brick Factor, the LEGOLAND® Discovery Centre’s free, fun, and lively event for those aged six to eight years old. It was a LEGO City themed, speed-building challenge, that saw the North West’s best budding builders get creative with thousands upon thousands of LEGO bricks!

The challenge was to build the most inventive and exciting city themed creation in under ten minutes. From cars to skyscrapers, to canal boats, to even bicycles; the possibilities were endless. The event was hosted by Heart North West presenters Brett Harris and Jordan Hemingway and each model was judged by LEGOLAND Discovery Centre’s very own Master Model Builder. The winner of each round was awarded a LEGO City truck and two LEGOLAND Discovery Centre annual passes, meaning they can visit the centre as often as they want throughout the year.  All runners up were also rewarded with a goody bag for taking part.

Among the winners on the day was Mustafa Khan aged six from Longsight, Manchester whose fantastic model of a Batmobile and Batmobile parking space took the judges breath away.  A LEGO Master Builder in the making! Mustafa said: “I’m really happy that I won, I love playing with LEGO and creating different sculptures and I’m really glad the master model builder liked my Batmobile!”

Dean Feasby, Marketing Manager at LEGOLAND Discovery Centre Manchester added: “The event has been a huge success and we just want to say well done to all of the youngsters that took part. Some of their creations rivalled even that of the Master Model Builder himself! We’re so pleased to have been able to get the young people of Manchester involved with LEGO and we have been blown away by their inventiveness and ingenuity.”

It has also been a bumper week for the LEGOLAND Discovery Centre as it welcomed its two millionth ticket holder through the door on Friday 26th August. The family were awarded with over £500 worth of goodies from the LEGO shop, a Merlin Annual Pass each and a VIP experience at the centre.