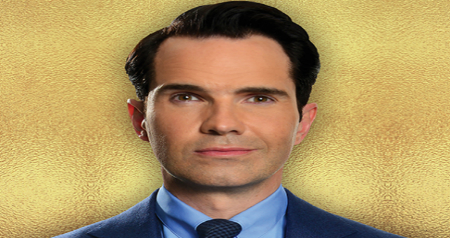 Last night myself and Kelly-ann (My stepdaughter) headed up to The Lowry, Salford to watch a man who has been on the stand up scene for a decade and a half, A man who has been described as the hardest working man in comedy, the one and only Jimmy Carr.

In the decade and half Jimmy has been on the scene he has performed a whopping 9 sell-out tours which includes almost 2 THOUSAND shows to over 2 MILLION people across 4 continents. Jimmy has gathered some of his very best (and controversial) jokes as well as brand new material for his The Best Of, Ultimate, Gold, Greatest Hits Tour and the king of controversy does not disappoint.

At this point it is probably best to say that Jimmy Carr is the Marmite of stand up comedy, you either love his style of shocking comedy or you hate it.

Suffice to say if you are not a fan of his style of comedy you won`t enjoy Jimmy Carr’s new tour which distills everything we love to laugh at and be shocked by, into an amazing night of “you are laughing even though you know you shouldn`t comedy”.

The house last night at The Lowry was packed…the was even some accountants and a tax advisor in , which Jimmy found extremely funny given the Great tax debacle he was involved in (In Fact both his shows at The Lowry this time were Sold out) and its very rare i use the term “rolling in the aisles” but (for once) it was justified. Jimmy`s style of comedy is well suited to a Theatre like The Lowry and the assembled comedy fans definitely kept Jimmy on his toes throughout but hecklers beware..Jimmy is a MASTER at dealing with hecklers (In fact no one is safe)

Jimmy is definitely the king of controversial one liners and observational comedy and his style is unique within the stand up community (Many have tried to recreate his style and have failed spectacularly). This tour is (if you are not easily offended) a show not to be missed!

After the 2 hour show Jimmy (who`s dedication to his fans is well documented) also took the trouble to have selfies taken with the legion of fans who descended onto The Lowry last night and was also happily signing his tour programmes and chatting to his fans.

As i have said if you are not a fan of Jimmy`s style you wont enjoy this but if you have been following his career for the last decade and a half you will LOVE it. 100% not for the faint hearted or easily offended but if you are neither of these then i suggest you book tickets as fast as possible for other shows in the tour