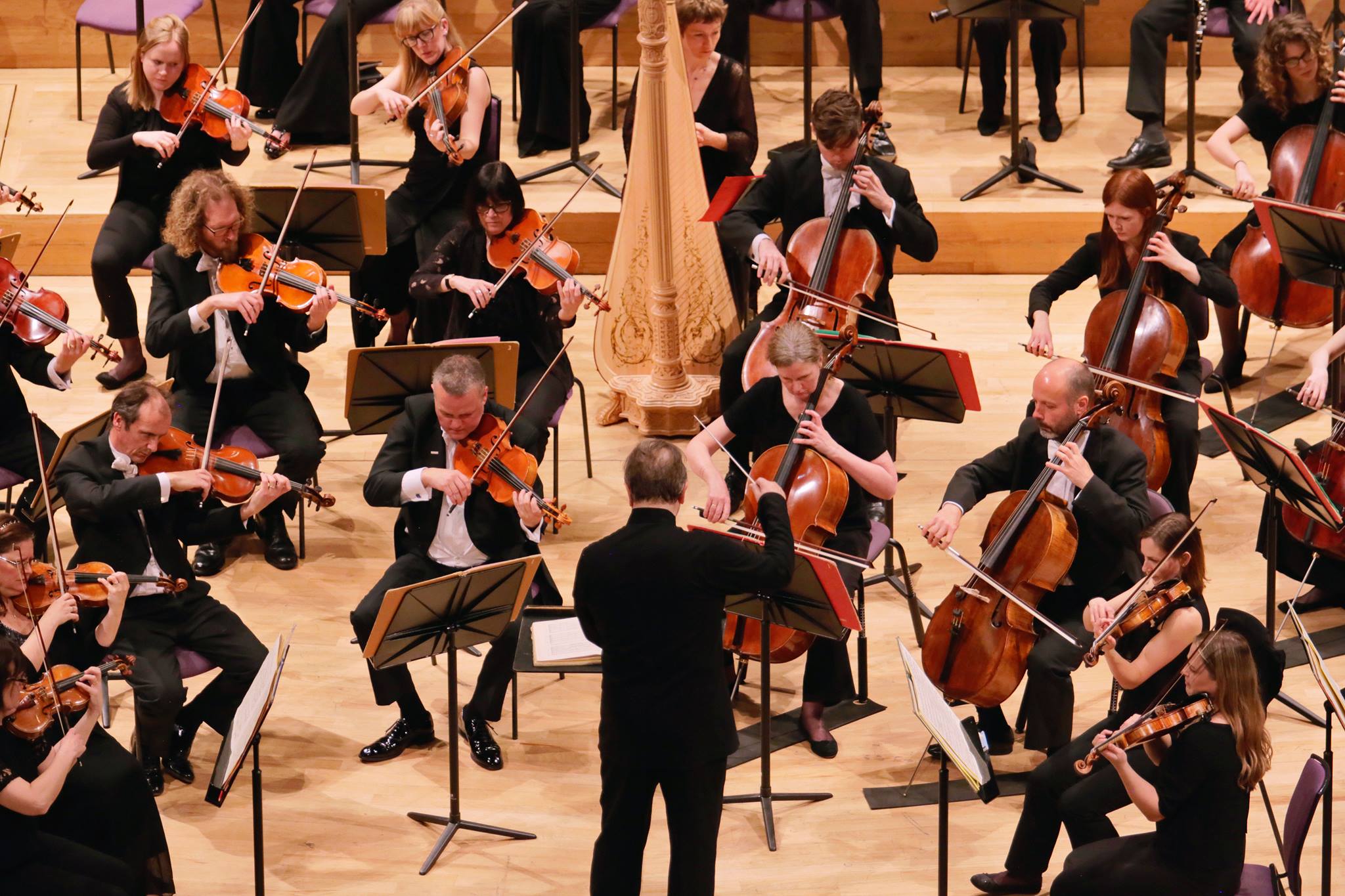 Once again I found myself stepping inside one of Manchester`s cultural treasures, The Bridgwater Hall; a purpose built concert hall, and home of the world famous Halle Orchestra, to hear them along with guest soloists and the Halle Choir this evening in a programme of music by Verdi and Beethoven.

First up came Guiseppe Verdi, Italian composer extraordinaire. Born in 1813 his music couldn’t be more ‘Romantic’; and his grandiose and sweeping music from operas such as La Traviata, Rigoletto, Aida etc are well known and much loved to this day. Verdi wrote some 26 operas in his life, with three of these taking the works of William Shakespeare to a new level. Otello (1887), Falstaff (1893), and MacBeth (1847). It is the latter with which we are concerned this evening.

As an interesting side note, conductor and Halle Director, Sir Mark Elder told us in his introduction to this piece that it was from the last rehearsal of this opera that the we have the tradition of a Dress Rehearsal. Verdi insisted that the company came to the final rehearsal in their costumes, and thus started this theatrical tradition.

However, back to the music. We were presented with 4 excerpts from the opera, and these were 1) Prelude to Act 1 2) Act 1 Scene 2 [ MacBeth`;s soliloquy and duet with Lady MacBeth – The Murder Of Duncan ] 3) Act 4 Scene 3 [MacBeth`s last soliloquy ] 4) Act 4 Scene 2 [ Lady MacBeth`s Sleepwalking Scene ].

To sing these difficult and intense pieces we welcomed the two guest soloists to the stage; Scott Hendricks and Beatrice Uria-Morzen. Reading the programme notes I saw that Hendricks had played the role of MacBeth in a previous full production and in these few scenes of this semi-performed concert version he proved to be an excellent choice for the role. Absolutely pitching the dramatic intent of the thought through the body into the voice with practised ease and the performance was absolutely stunning.

Uria-Morzen seemed to be less at home with the acting side of her performance, but her vocal skill and ability to sing extremely high notes without screeching made up for that. [it is a little pet hate of mine and find many sopranos unable to sing high notes sweetly!].

Then came the interval, and after which we returned to face the full force of orchestra, four soloists and the masses of the talented Halle Choir. It is perhaps one of Beethoven`s best-loved pieces of music, and certainly one of his most well known, and yet it also seems to be one that is not so often performed. Mind you, I have to admit right here and now that I am not a Beethoven fan! [ you may flail me later! ]

Yes, I know that might sound a little sacrilegious, since he was one of classical music`s greatest innovators and took the music world continually by storm, but without him the Romantic movement would not have happened quite so quickly or deftly. But I would much rather listen to Vaughan William`s Sea Symphony than Beethoven`s 9th.

However, Beethoven`s 9th it was; and as much as I am not of fan, this performance actually blew me away. The orchestra were, as always, utterly brilliant, and Sir Mark exacted every nuance and change of dynamic out them with skilled precision, and for the final movement; which really could work as a stand-alone piece since it is much longer than the other movements and very operatic in it`s writing, it somehow doesn`t seem to belong to the rest of the symphony at all; we were treated to the magnificent Halle Choir, singing from memory, and under the direction of Matthew Hamilton they have never sounded better.

Further the final movement calls for four soloists. We therefore welcomed back Scott Hendricks, along with Allan Clayton, Natalya Romaniw, and Madeleine Shaw.

As I have already stated the final movement is much more operatic in feel, and seems to be part of an Oratorio rather than a symphony. However, the soloists were in fine form and the whole piece came to a wonderfully joyous and climatic ending with the audience giving them all a most well-deserved standing ovation.

There are just a couple of things which puzzled me from this concert. The first is why the choir had to sit through the Verdi when they were not singing; the second is why the four soloists came on to the stage after the second movement and not the third; and finally why Hendricks had not dressed in DJ for the Beethoven – that looked distinctly odd.

I am still not a Beethoven aficionado, but this concert has made me reassess my relationship with his 9th symphony and one would have to go a very long way indeed to hear a better interpretation of it I am sure.