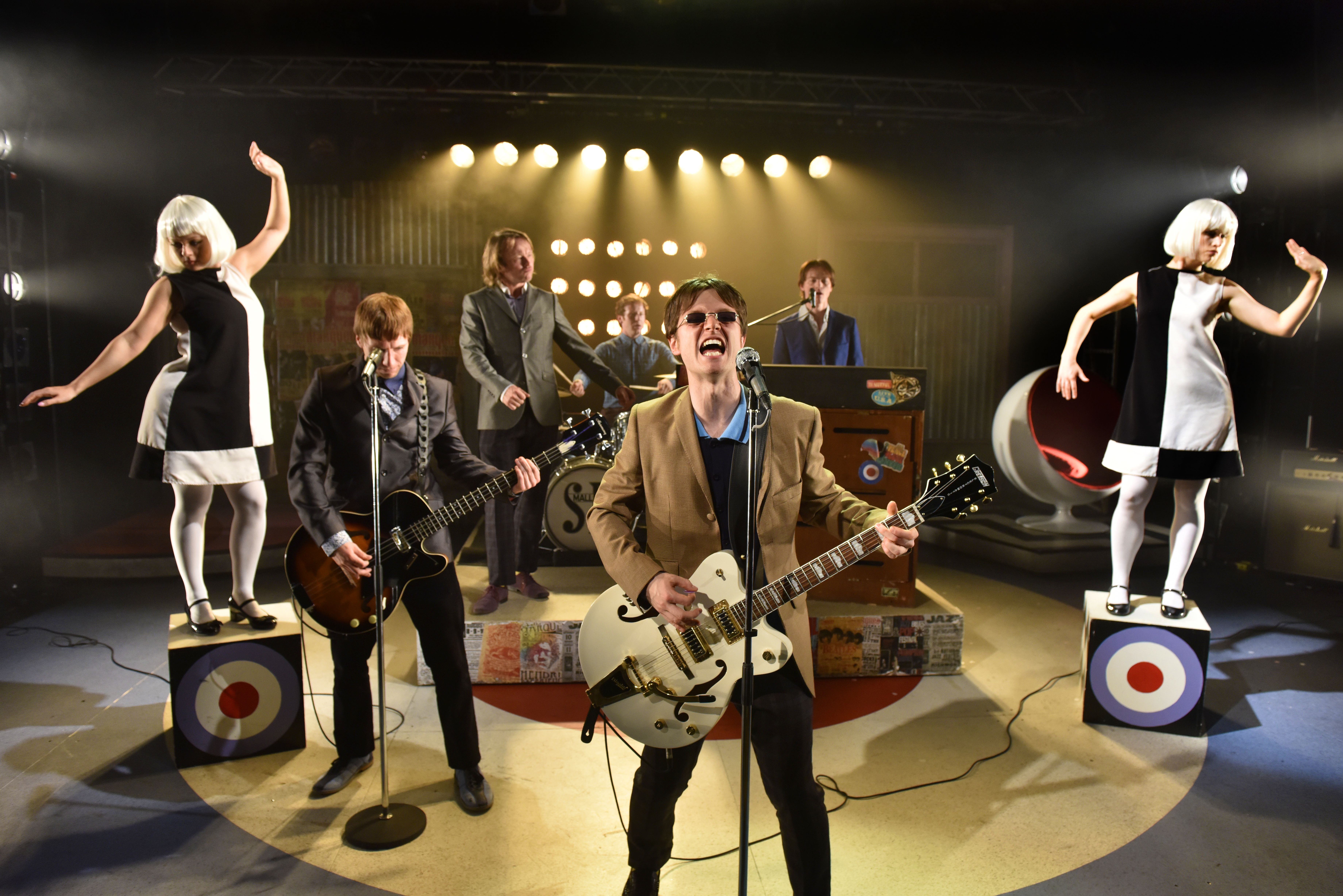 Last night I went along to Manchester Opera House for the opening night of All or Nothing, which is the Mod musical about the Small Faces, charting their formation and subsequent rise to fame during the Sixties. Having been lucky enough to see the Kinks’ musical, Sunny Afternoon, earlier in the year, I have to say they were quite a lot of parallels to be drawn between the two: the young ‘wide boys’ wanting to stay true to their musical roots, whilst being manipulated by their manager/record company, the in-fighting between band members, the role of family, particularly women, in their lives, and their implosion when the fame started to go to their heads. The other thing that links these musicals is, of course, the music and culture of the Sixties, which really helps to drive the story along.

I think the first thing to say is that the music is brilliant! The whole band were very accomplished and the young Steve Marriott (played by Tim Edwards) had a great voice, which particularly shone in the slower songs. I have to confess, however, that my personal favourite was Chris Simmons, playing the older Steve, who was our narrator. His performance throughout was quite mesmerising, moving seamlessly from the cheeky chappie to the drunk and disillusioned star, and finally to a surprisingly tender finale – singing and dancing throughout. He was ever-present without being overpowering and I found my attention continually drawn to him, especially when he was in scenes with the young Steve, where his presence served as a poignant reminder of the man he would become.

This is a really funny show, with some inevitable references to former Sixties stars…  I think you probably know what I’m saying! Daniel Beales played several characters, including Sonny (of Sonny and Cher fame), Stanley Unwin and Tony Blackburn and he was quite hilarious. Unlike the Kinks, this was not completely packed with songs, more punctuated, and it left time for the comedy to really shine through. Although deliberately cheesy at times, the packed audience were laughing along throughout. A little warning: there is quite a lot of bad language and some vivid sexual references, so perhaps not the ideal evening out for children! I assume the script is the same throughout the tour and, if so, then the scene about the band’s first venture north of Watford Gap was quite brave and also extremely well received with great humour, in the circumstances!

Before the musical I must confess to being rather uninformed about the Small Faces. I knew of their big hits but not much about their history or music beyond that. My husband howeverhad a couple of their albums and recognised the majority of the tracks in the show. What did surprise me, to be honest, was the inclusion of a wide range of other artists and songs, but I suppose it shouldn’t really, since no band can really be considered in isolation from the context of the music scene of the day.

This is a great, adult, glorious night out, especially if you are of an age to remember the Sixties and I can guarantee you will be on your feet dancing, singing and clapping along at the end. Carol Harrison certainly took a very deserved bow as writer, and also playing Steve’s mum, Kay. Don’t miss out, book your tickets now as it’s only on for a few days, until 22nd October.