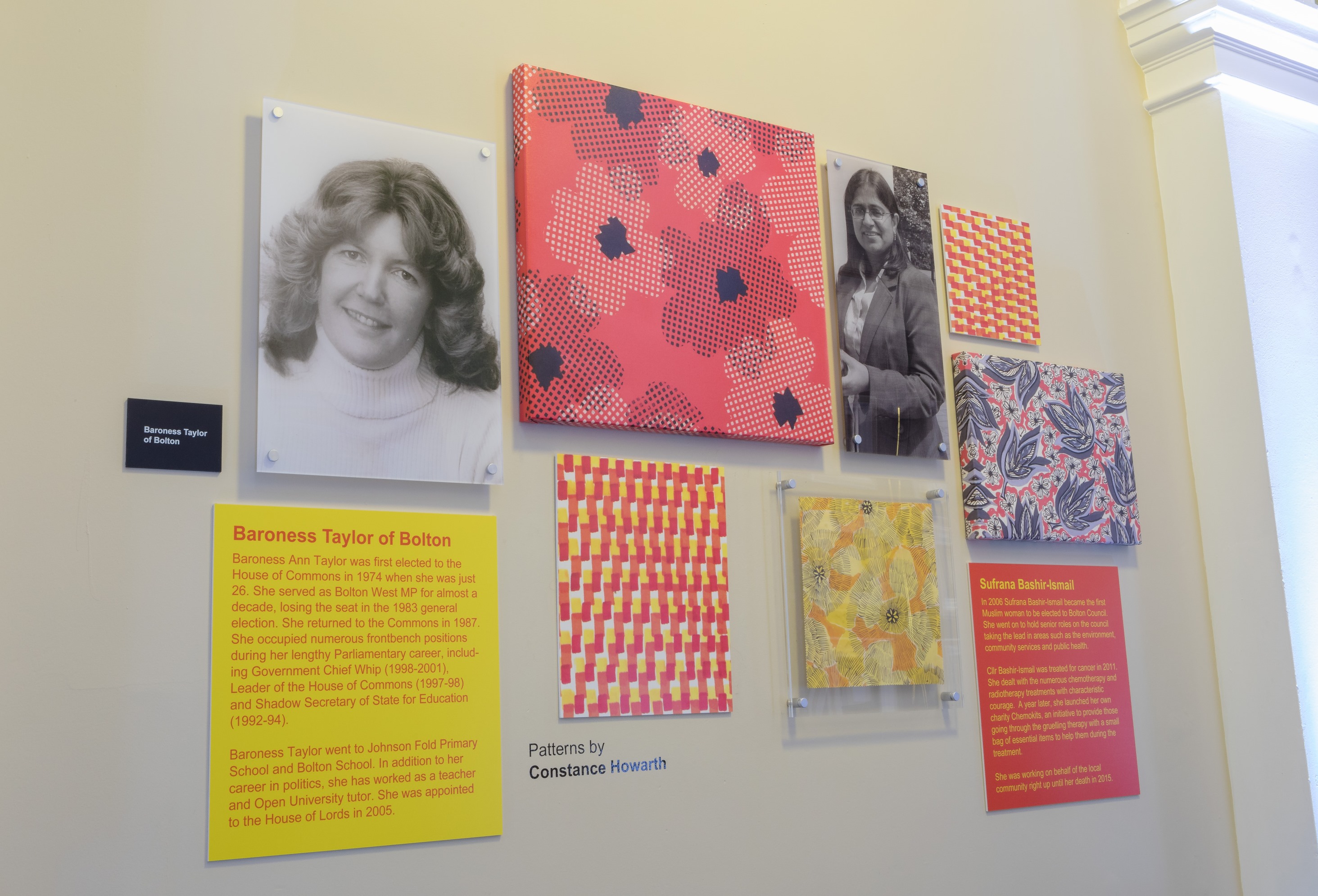 The Brilliant Bolton Women feature forms part of the refurbishment of The Albert Halls and highlights the contribution to the town and beyond of 11 significant local women.

Photographs of each of the women take pride of place along a corridor leading to The Festival Hall and Lancaster Suite – venues which will be used for functions and conferences.

Their images are interspersed with striking artwork representing the textile patterns of Bolton-based firm Joseph Johnson Ltd and Bolton designer Constance Howarth, who is also featured in the Brilliant Bolton Women montage. 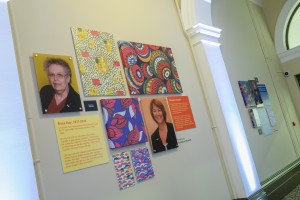 The display also pays tribute to Labour’s Cllr Sufrana Bashir-Ismail, the first Muslim woman to be elected to Bolton Council who died in 2015 following a battle with cancer; and colleague Cllr Rosa Kay, a former full time Unison official who became a long-serving councillor for the Rumworth ward, until her death in 2016.

The feature has been curated by Bolton Library and Museum Services as part of a wider project to conserve, research and restore as many of the town hall’s historical artefacts as possible.

More than 1,200 objects have now gone on display in the Grade II listed building, having previously been in storage, including around 250 items that have been re-framed, conserved and cleaned by the museums team.

The Leader of Bolton Council, Cllr Cliff Morris, said: “Traditionally, a lot of the portraits in the town hall have been of men so we felt this was the perfect opportunity to redress the balance and pay tribute to some of Bolton’s most influential women.

“In fact, there are many, many more brilliant women from Bolton who have achieved great things either in their local community or on a national level, but unfortunately we don’t have the space to include all of them.

“We hope this small but striking exhibition serves to inspire even more women for the future.”