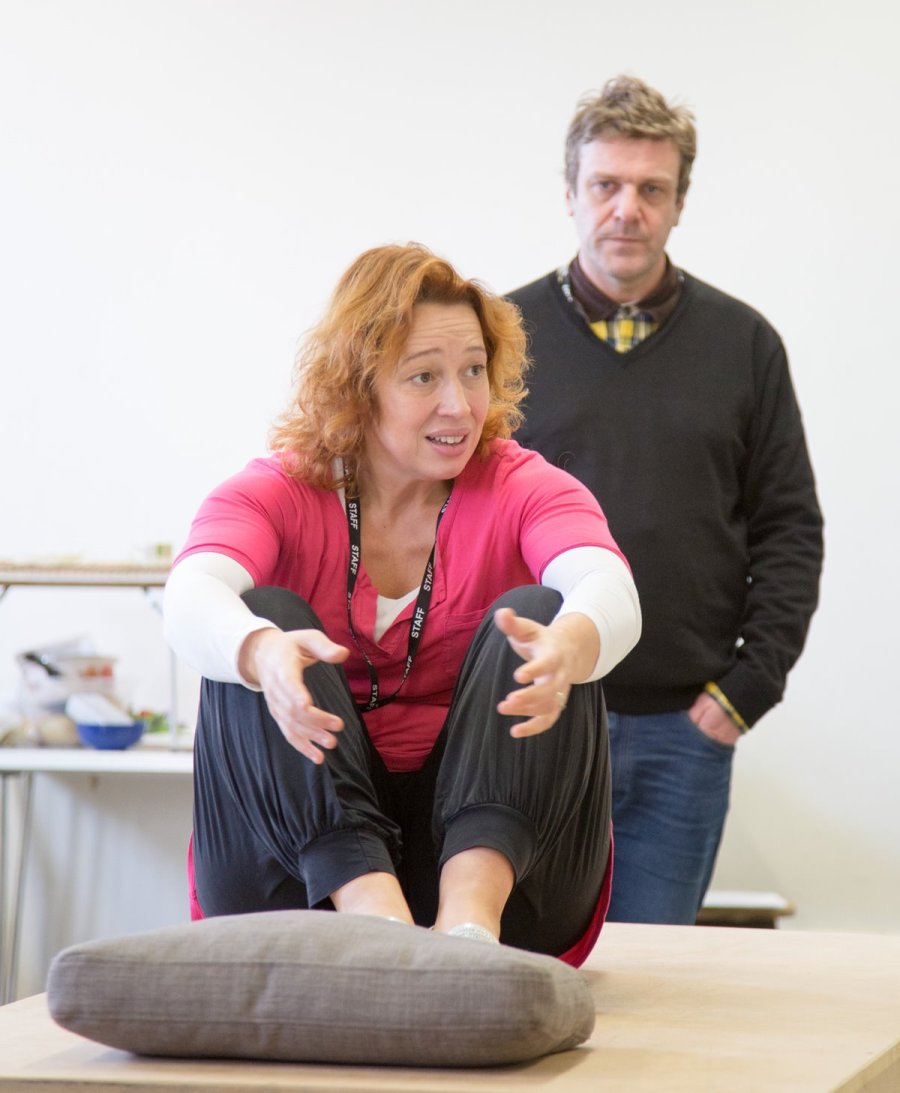 Last night I went to the Octagon to see Ashes, a play by David Rudkin which, I was intrigued to hear, is infrequently performed. Leafing through the programme there was an essay by the playwright which, it was suggested, would be better read afterwards, as it might reduce the impact of the play. I therefore came to the piece with no preconceptions (a slightly unfortunate term in the circumstances), other than that I knew it was about a couple’s drive to have a child. There was also a prior warning that there was offensive language and sexual references.

The stark and angular set immediately set a clinical atmosphere that was sustained throughout the piece. Although the audience was witnessing the pain of the couple and could empathise, somehow the script and action offered a certain detachment, like we were looking at the couple under a microscope and being called upon to examine their experience in minute detail.

As you might imagine, this is quite an uncomfortable play to watch at times, because of the themes and also the style, which was very Shakespearean, with some long soliloquys. Both Katy Cavanagh and Colin Connor delivered this challenging piece with fairly equal amounts of tragedy and comedy. The play is set in the early Seventies and inevitably includes observations about the situation in Ireland at the time, when ‘The Troubles’ were at their height. There was also a very prophetic moment when John Branwell, when playing an official considering the couple as adoptive parents, ponders at length about how what forms the ‘family of the future’ might take.

This play may have been set over 40 years ago, but it still has a resonance today and the themes of childlessness, the pressures of society and unconventional sexuality are as relevant as ever. Theatre offers a mix of entertainment and art, but this play undoubtedly fits into the latter category. In a quote that could have been written about this play, David Mamet, Three Uses of the Knife, says: ‘When you come into the theater, you have to be willing to say, “We’re all here to undergo a communion, to find out what the hell is going on in this world.” If you’re not willing to say that, what you get is entertainment instead of art, and poor entertainment at that.’

Ashes is on at the Octagon Theatre, Bolton, until Saturday 11th March. Click here to book tickets.