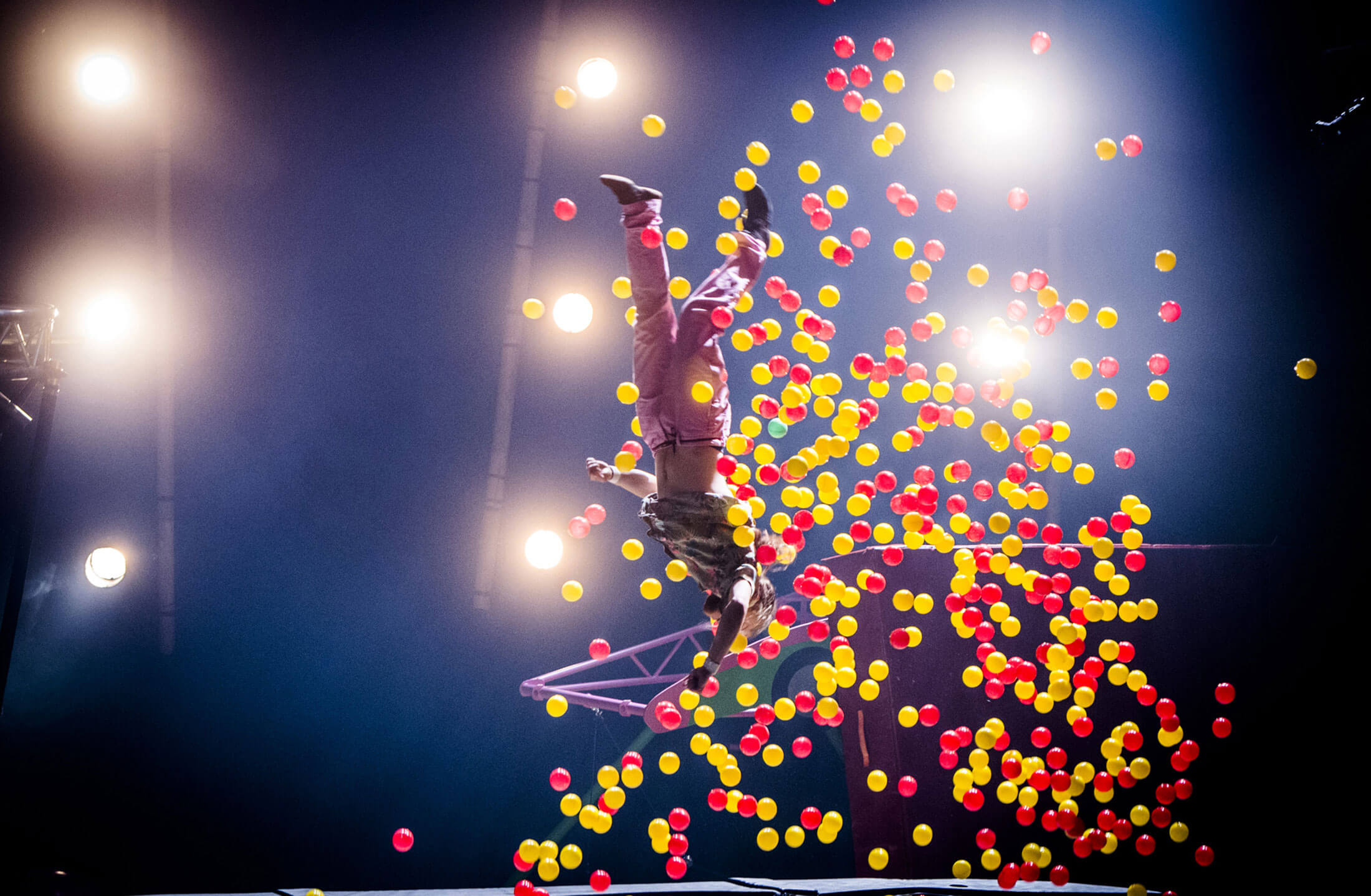 After seeing Northern Ballet’s Casanova last night, I was excited to move to The Lowry’s smaller theatre The Quays to see a very different production: Race Horse Company’s Super Sunday. Race Horse company are are a Finnish all male circus group whose newest work is a funfair themed mix of clowning around with some truly heart wrenching moments.
The work opens with the entrance of six pantomime horses (minus the legs) entering the space to a remix of Carole Kings’s ‘Will You Love Me Tomorrow‘, nothing is said, the performers give two 360 turns and then abruptly leave (followed by an also legless , and much slower, pantomime goat). Immediately the auditorium is filled with contagious laughter – the men hold their drawn out stillnesses with a natural stage presence.
Unfortunately the pantomime horses are abandoned and replaced by a large silver carousel framework – the music is now a loud and lively electronic score. The men throw themselves off and onto the spinning surface, building up to one performer holding a handstand at the top of the framework while the others spin it. The performance is thrilling and at points hard to watch – this only escalates as a hammer is brought onto stage to be manipulated for a series of seemingly uncontrollable but very skillful tricks. My favourite moment in the show is probably the catapulting of a man inside a giant theme park teddy bear costume into the air – which is both hilarious and horrific.
The climax is the biggest apparatus used yet: the hamster wheel pendulum (a giant spinning scaffold with wheels at either end). The men attach their male colleague (who previously starred as Jesus Christ in a rather controversial crucifix-inspired beam section) to one of the wheels and then proceed to run, flip and roll across the equipment sending it spinning at nauseating speeds.
The show as a whole is a bizarre, often terrifying and constantly energetic series of some of the wackiest circus I have ever seen – I didn’t stop smiling through the whole piece, and that can only be a good thing!
For more Details on Super Saturday visit the website HERE