Mr Fox is smart, clever and rather fantastic, but he doesn’t realise how determined the farmers are to get revenge. Can he hatch a plan to save his family and friends? Can they outrun the diggers and outsmart the farmers? And can Rabbit shut up long enough not to give the game away?

Roald Dahl’s Fantastic Mr Fox is family fun at its finest. A tale of greed, pride and the power of friendship, this flagship production for the Roald Dahl 100 celebrations promises a huge theatrical feast with live music and songs, ideal for the whole family. 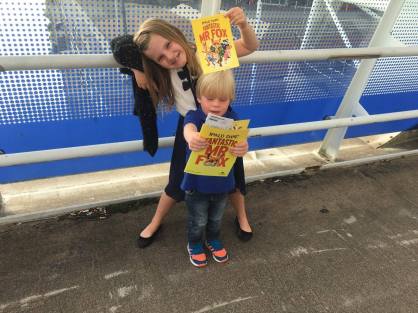 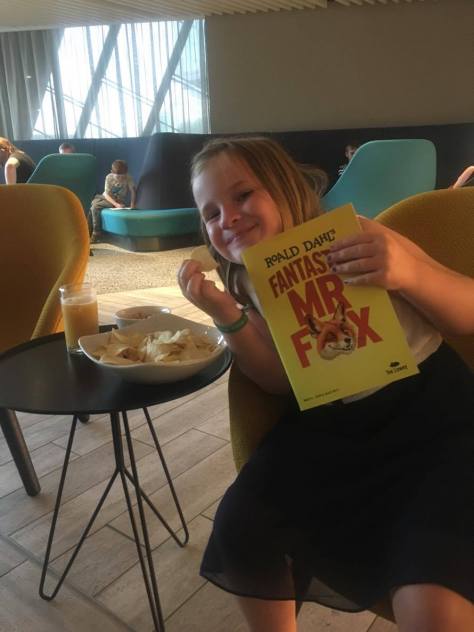 Last night we sent two of our youngest Bloggers  Mia Rowson (Age 7) / Harry Rowson (Age 3) to check it out and this is what they thought:

“Last night, I went to see Fantastic Mr Fox at the Lowry theatre. I really enjoyed the show and thought it was easy to understand. The play starts with three people dressed as birds singing on stage – they play the music all the way through – and I could see them at the top of the stage.

My favourite character was Kit (Mr Fox Daughter) – I especially liked  when she was practising how to be a fox. I also liked the rabbit as she always got over excited and pulled the party poppers too early.

As we took my little brother Harry I had to explain a few things – like the people being dressed as animals – but the costumes made it easy to identify. Harry was very clever and realised that all the animals lived underground and he especially liked the bit when the farmers had a digger on stage.

Harry said his favourite character was the Fox! Both Harry and I thought it was really funny when Mr Fox didn’t know he had no tail and when the farmers were trying to be foxes. We really enjoyed all the music and dancing and went home in car humming and singing along to songs from the play.”

Fantatstic Mr Fox is playing at The Lowry until Sunday 9th July and at venues across the country after that.

To book tickets to its Salford run click HERE