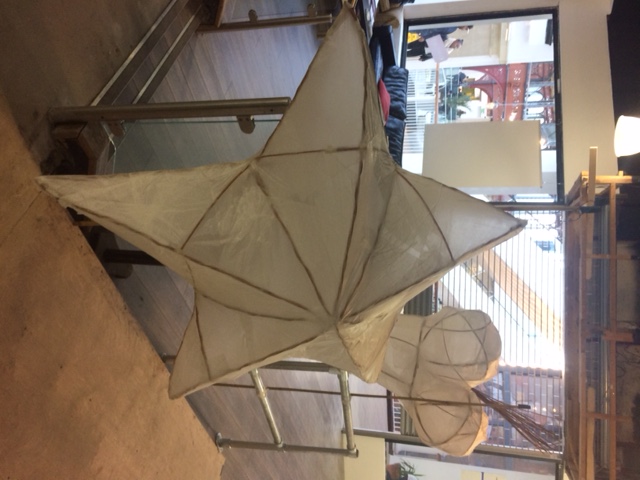 Lanterns of all shapes and sizes will play a starring role at this year’s Christmas lights parade on Thursday November 16.

The lanterns have been made in the shape of hearts, stars, buildings and animals.

They will also be joined by a further 25 giant lanterns which have been acquired from New Mills lantern festival including a fifteen foot tall elephant, the symbol of Bolton

The lanterns will all be lit from inside and will be carried by volunteers along the parade route, culminating in Victoria Square.

Meanwhile, the Christmas lights switch on show will start in Victoria Square at 5.30pm on Thursday November 16, with a galaxy of local talent, followed by a number of up and coming music acts, topped by local lad Paddy McGuinness counting down to the big switch-on at 7pm.

The Leader of Bolton Council, Councillor Cliff Morris, said: “We’re delighted to be putting on the first ever Light Festival in Bolton this year, featuring lanterns made by community groups and partners from across the town.

These lanterns will be a spectacular sight as part of our largest ever parade.

We hope that everyone will come on down to the Market Place or Churchgate and follow the sparkling parade as it makes its way to Victoria Square, where we’ll have a Christmas lights countdown followed by some fabulous fireworks.”

Nikki Wilson Cook, Centre Manager for the Market Place said: “We are delighted to be the official sponsor of Bolton’s light switch-on this year and to support the creation of these lanterns.

We’re really excited that part of the parade will be starting from the Market Place for the very first time.

The light switch-on and parade marks the start of Christmas here at Market Place and we will also be open for late night shopping until 8pm that night, so after the switch-on, why not come down with your family to make a start on your Christmas shopping.”

For all the build-up and action at Bolton’s Christmas light switch-on, follow the council on Twitter @Boltoncouncil or @Boltonwinterfes  or on Facebook at Bolton Winter Festival and get involved using #BoltonXmasLights