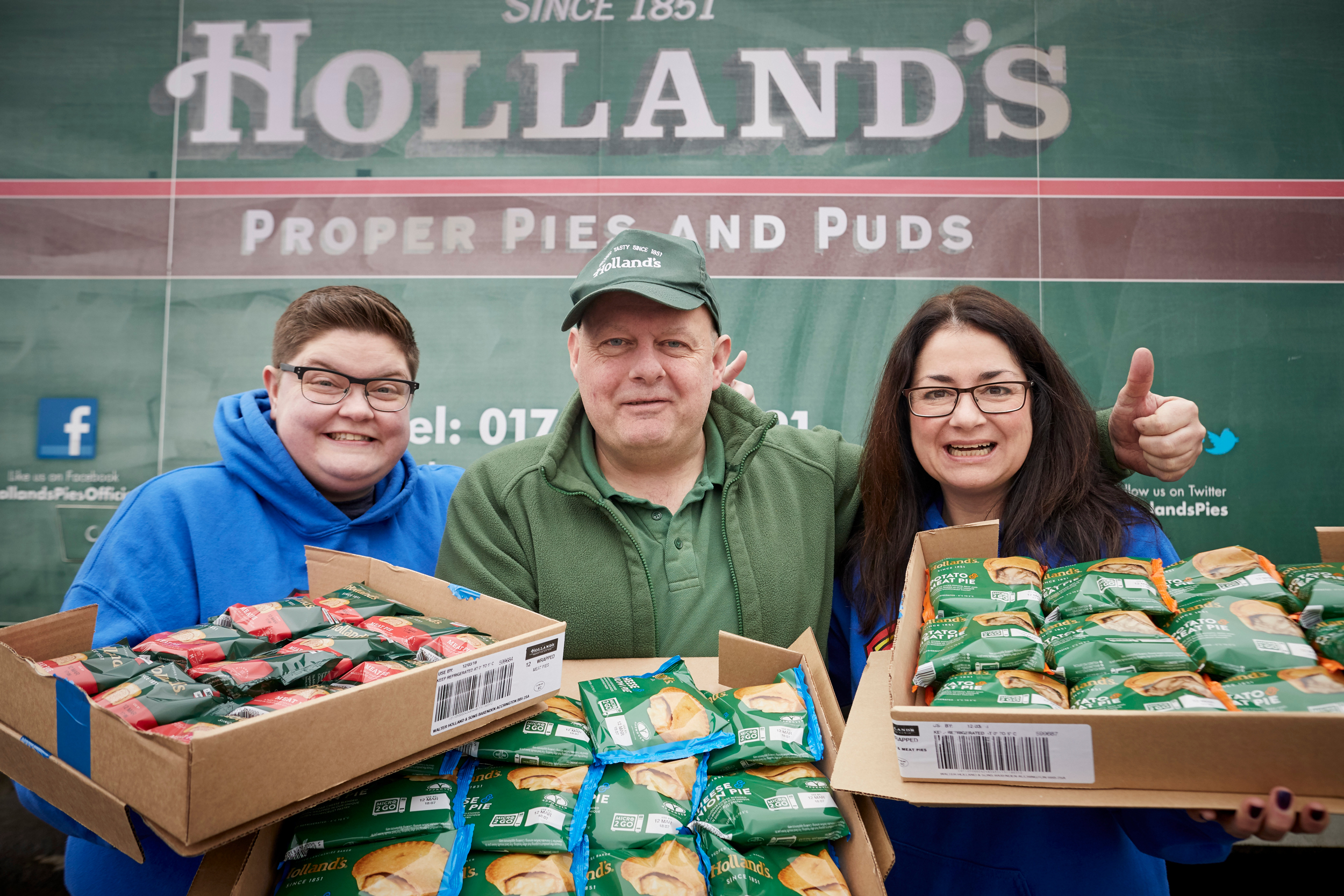 As the best week of the year rolls around yet again ten North West groups are celebrating after being chosen to receive a batch of tasty pies and puds from proper Lancashire baker Holland’s Pies.

To celebrate British Pie Week, Holland’s Pies delivered over 700 of their famous pies to some of the region’s most worthy causes, to thank them for the pietastic work they do in their communities. The ten chosen charities include Alderhey Children’s Charity, Dr Kershaw’s Hospice and Nightsafe and range from food banks to care homes.

Each organisation, can thank the Holland’s Pies Facebook and Twitter community for their pastry windfall. After Holland’s posted online asking for their followers to nominate a worthy cause, the North West’s favourite pie brand received over 100 worthy suggestions which were eventually shortlisted to 10.

Leanne Holcroft, Brand Manager at Holland’s Pies, said: “British Pie Week is a great time to celebrate one of the nation’s favourite pie brands, but this year we thought we’d shine a light on some of the amazing and selfless work that charities and community groups are doing across the region. We hope that the pies and puds we’ve delivered this week will help to keep the brilliant work going!”