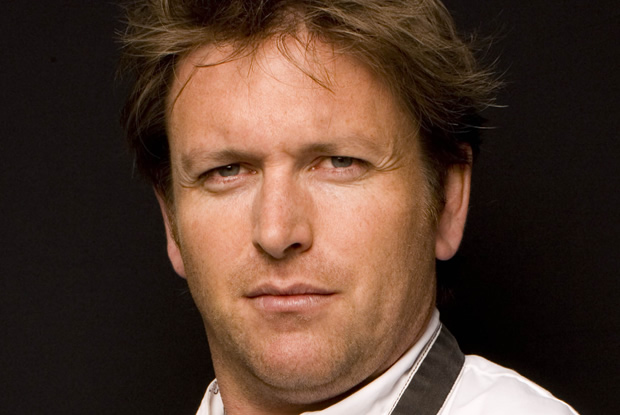 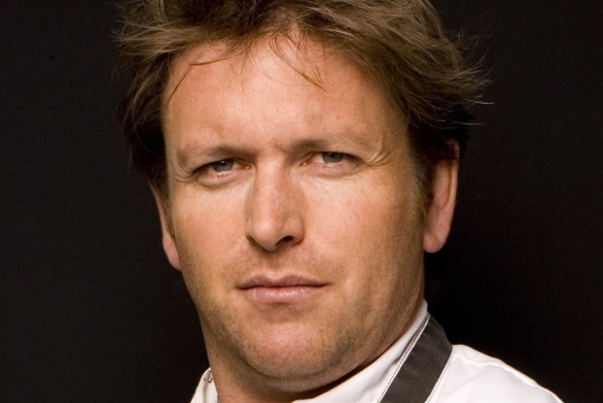 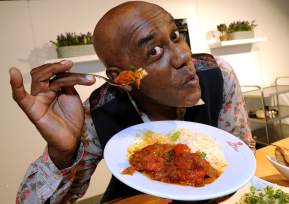 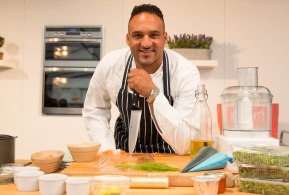 Martin will be joined by the godfather of TV chefs Ainsley Harriott, baking queen Nadiya Hussain, and Michelin-starred Michael Caines at the four day spectacular.

More than 267,000 visited the event last year, which is organised by Bolton Council in association with Aldi, and holds the reputation of being the biggest and best food festival in the north.

The chefs will be cooking and hosting a series of special events at the festival, which will run from August 24 to 27 this year.

James Martin will appear on Bank Holiday Monday (August 27), the final day of the festival. He said: “Ten years – wow, that is really something. It is a real honour and I don’t say that lightly. Bolton’s festival is special. I’ve seen it grow year on year and I’m proud to be a part of it.”

Chef Michael Caines will launch the foodie event on Friday (August 24) before hosting a gala dinner the same night. He said: “I am very much looking forward to coming back again this year. The festival is an event that is really at the heart of the community and the town centre and it is always amazing to be a part of it.”

BBC Great British Bake Off winner Nadiya will showcase recipes on Saturday (August 25). She added: “I first came to the festival in 2016 and I had a great time. I am delighted to be coming back.”

TV chef and Strictly Come Dancing star, Ainsley Harriott, will be appearing at the festival for the second time, following last year’s success.

He will be doing live cookery performances on Sunday (August 26). He said: “Last year was so much fun. This really is a fantastic festival and I’m delighted to be invited back to tickle Bolton’s tastebuds and make lots of new friends.”

Bolton Council’s Chief Executive, Tony Oakman, said: “The food and drink festival really is the jewel in the crown of Bolton’s annual events and I am sure it will be bigger and better than ever this year.

“Our celebrity chefs are always a hit with the public. James Martin is a firm festival favourite and we are delighted that he has been with us all this time and seen the event develop to what it is now.

“The festival is Team Bolton working together at its finest – it attracts visitors from across the country and it’s always a great day out for all the family.

“Watch this space as we will be making lots more announcements in the coming months.”

Ruth Doyle, Managing Director at Aldi, added: “We are so pleased to be supporting Bolton Council and the North West region at the upcoming Food and Drink Festival for the fourth year running.

“Our local teams are looking forward to sharing our products with the community and visitors, and the opportunity to work alongside the impressive line-up of national and regional chefs.”

Tickets for the celebrity chef demos and the special events are set to go on sale at the end of May.

Michael is one of Britain’s most acclaimed chefs. At Gidleigh Park, where he was at the helm for 21 years, he earned and held two Michelin stars.

Amongst numerous other accolades, Michael has cooked in 10 Downing Street for the Prime Minister, was awarded AA Chef’s Chef of the Year in 2007, and received an MBE in 2006 for services to the hospitality industry.

She was the hugely popular winner of Great British Bake Off 2015. Having been baking for 10 years, Nadiya’s family is originally from Bangladesh, where desserts are not a feature of mealtimes – she honed her skills as a baker after being encouraged by a school home economics teacher.

Since winning, Nadiya has become a columnist for The Times and has presented the Chronicles of Nadiya in 2016. Nadiya also co-presented The Big Family Cooking Showdown which aired on the BBC in 2017.
Her first children’s book ‘Nadiya’s Bake Me a Story’ was a bestseller in 2016. She wrote a novel ‘The Secret Lives of the Amir Sister’s in 2017 and ‘The Fall & Rise of the Amir Sisters’ will be out in April 2018.

After almost two decades as one of the country’s favourite TV chefs, Ainsley Harriott has become something of a national institution. Best known for his 21 series of Ready, Steady, Cook (BBC 2) Ainsley trained at Westminster College before a career in London’s top hotels and restaurants.

In the early 1990s Ainsley was resident chef on BBC TV’s Good Morning With Anne And Nick. This in turn led to Ready, Steady, Cook and his TV career took off. Series include Ainsley’s Barbeque Bible, Ainsley’s Meals in Minutes, The Hidden Camera Show, Ainsley’s Gourmet Express and most recently Ainsley Harriott’s Street Food and, with Len Goodman, Len and Ainsley’s Big Food Adventure. Ainsley has also shown off his moves on BBC1’s Strictly Come Dancing. He is a best-selling author and has sold over two million books worldwide. Titles include Ainsley’s Barbecue Bible, the Meals in Minutes franchise and Friends and Family. Ainsley’s own food range has gone from strength to strength and is a familiar sight on UK supermarket shelves.

James’ career began at Castle Howard where his father ran the catering and James often helped out. In 2012, James opened his restaurant inside The Talbot, in North Yorkshire. The restaurant was placed in the Michelin Guide in 2012. James Martin Manchester opened in September 2013 inside the Manchester235 Casino.
In 2016, James partnered with Asda supermarket, won Good Housekeeping Food Awards ‘Favourite Celebrity Chef’, and he also toured the UK with his first show ‘Plates, Mates and Automobiles’ to great success. In 2017, James is the author of 18 cook books and his latest title ‘James Martin’s French Adventure’ was published in February 2017.