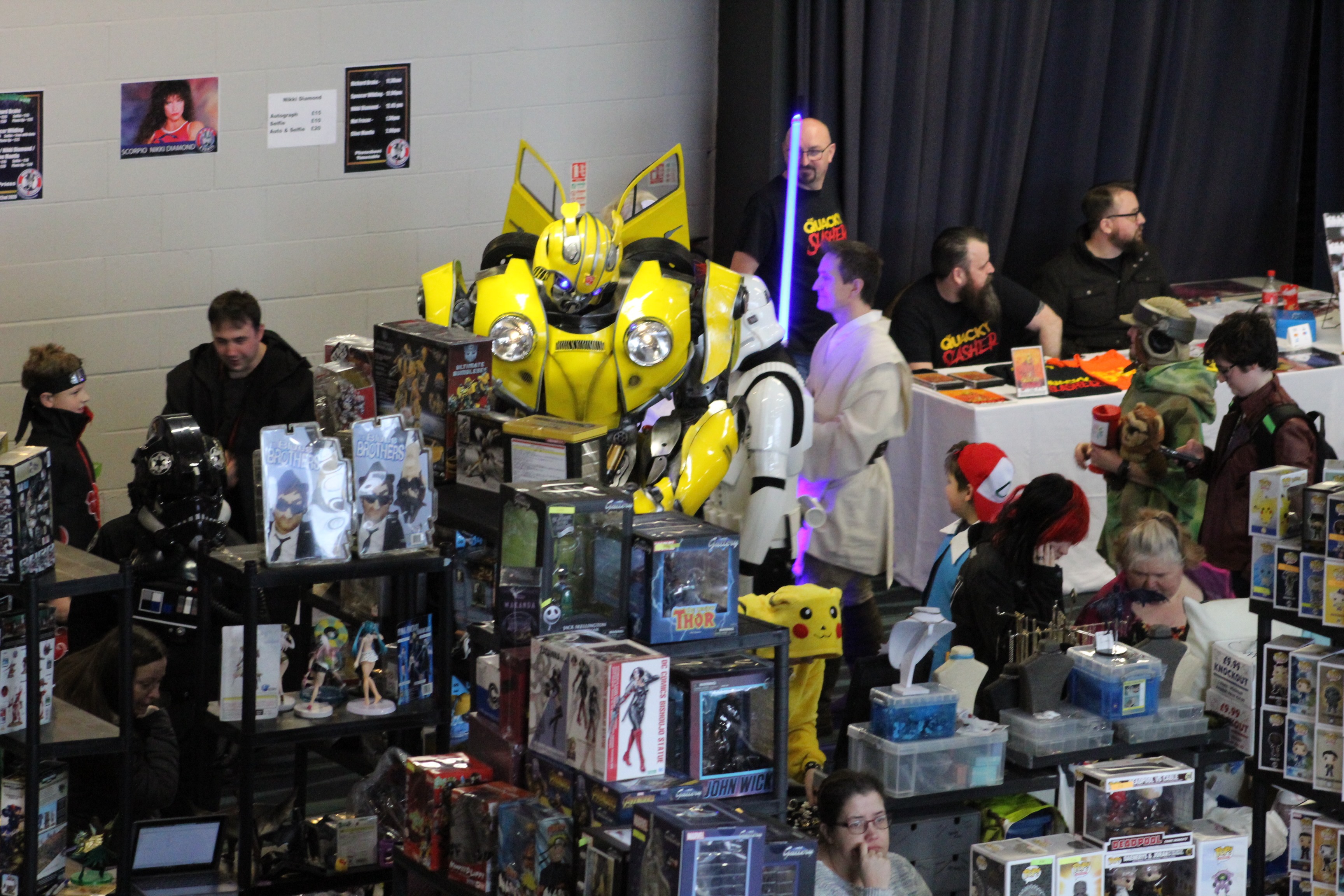 Last Saturday saw a ton of Geeky Festivities return to Bolton in the form of Bolton Comic-Con by NWCC events. This event was the the fifth one in Bolton by Paul Prescott and his team bringing along a fantastic array of attractions, displays, and so much more to the University of Bolton Stadiums Premier suite and it did not disappoint

We set #BoltonLive`s own Laura Duff loose at the event

Headlining the guest actors this year was Game of Thrones’ Richard Brake, known as the infamous Night King. He was joined by fellow Game of Thrones actor Clive Mantle, English rock musician, actor, writer and performance artist Mat Fraser, Spencer Wilding who played Darth Vader in Star Wars Rogue One, and Nikki Diamond who fans will remember as Scorpio from the nineties television show Gladiators.

Laura sat down With Nikki Diamond aka Scorpio after challenging her to a fight earlier  for a chat. (Editorial note: Honestly cannot take her anywhere)

She also managed to sit down with Spencer Wilding A.K.A Darth Vader in Rogue one and lots of other characters for a proper chat

Costume characters play a large role in comic conventions, and at Bolton children and adults alike were wowed by Star Wars characters, Transformers’ Bumblebee, a Marvel Hulkbuster, Paw Patrol’s Chase, and many other familiar faces.

The standard of the cosplay from the general public this year was amazing and you can really tell how much work and effort has gone into creating the pieces for conventions like Bolton Comic con by the fans.

The event itself had a wonderful family atmosphere and its a testament to the amount of prep and planning done by Paul and his team.

Year on Year Paul and his team have worked tirelessly on their events and the passion and dedication to providing a quality and family friendly event shines through.

NWCC`s next event is Wigan Comic -Con on SAT, 29 AUG and details can be found HERE

And finally from Laura…