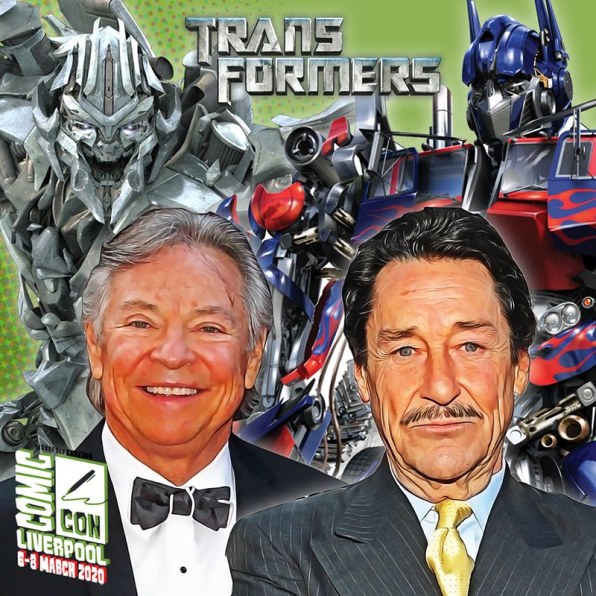 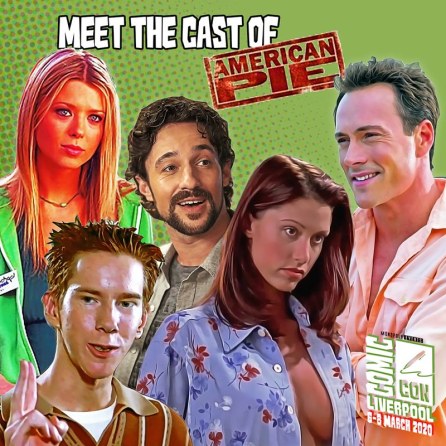 Walking into the Exhibition Centre, my first reaction was excited bewilderment. There was a woman selling sci-fi and fantasy inspired jewellery, photo opportunities were being announced and I was surrounded by people dressed as stormtroopers, Avengers and Goku. It was surreal.

Liverpool Comic Con 2020 was packed with guests from all kinds of fandoms, from Harry Potter’s Stanislav Ianevski (Viktor Krum) and Josh Herdman (Gregory Goyle) to David Harbour (Stranger Things, Suicide Squad) and Elijah Wood (Lord of the Rings). There were also several cast reunions from films like Flash Gordon and American Pie. Throughout the weekend there were Q&As with these guests, Cosplay Competitions and opportunities for photos and autograph signings.

Bolton Live`s very own Laura duff did the Flash Gordon Panel and had a field day.. (Slight warning video below includes Brian Blessed so expect some strong language)

Reading the line up I’d already decided what I was most excited about – The Neverending Story set and cast reunion. Although I wasn’t alive when the film originally came out, I grew up loving The Neverending Story, even though it made me cry every time I watched it. So you can imagine my joy to be able to pose on the back of the dragon and re-enact the swamp of sadness scene in the presence of Atreyu and the Childlike Empress. 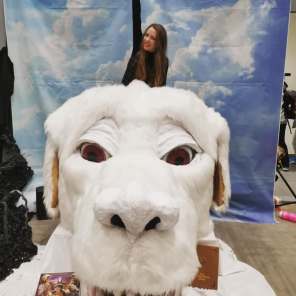 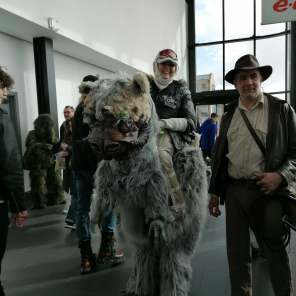 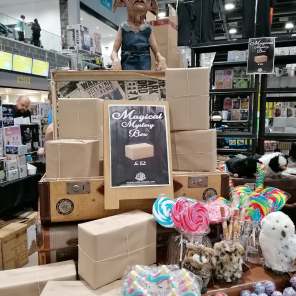 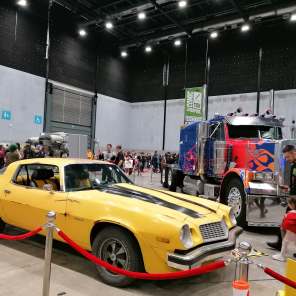 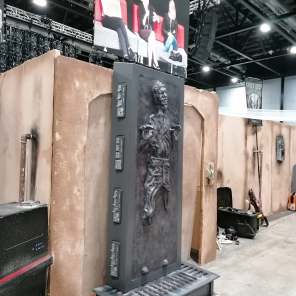 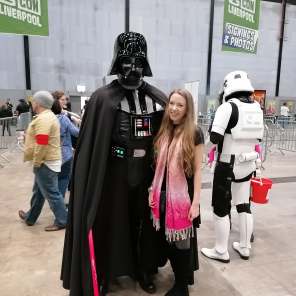 Cosplay is an integral part of any comic con and Liverpool attendees did not disappoint. There were costumes from every fandom you could imagine: Disney, Star Wars, Pokemon, Dragon Ball Z and I’m sure many I didn’t even recognise. At least I did a little better than my fellow Bolton Live Blogger: Lorenzo……

Cosplayers go beyond normal fancy dress by trying to imitate as closely as possible the specific character they are playing – even if they are cartoons. The costumes are often homemade and extremely intricate but the results can be fantastic. Just as fans come to meet the actors that played their favourite character, they can also get photos with the ‘characters’ themselves.  There’s something quite magical about seeing a boy dressed as Thor jumping with excitement as he poses for a photo with Power Rangers or a little girl dressed as Rapunzel staring in awe as Cinderella walks past her.

Apart from guests and cosplay, comic con is full of stalls selling all kinds of merch. There’s t-shirts, comics, replica weaponry, body pillows, and every weird and wonderful fantasy, anime or sci-fi memorabilia you could imagine. There was also axe throwing and virtual reality simulators if you wanted to try them too. Much of my time was spent getting a little too excited whenever I saw someone in a good costume. I’m very happy with my new Time-Turner Necklace and Deathly Hallows Earrings.

I had a fantastic weekend fully embracing my geeky side. Comic-con is about the acceptance and celebration of geek culture and creativity but I was especially struck by how seamlessly and effectively they strove to accommodate those with additional needs. It was an event full of fun, eccentricity and acceptance of the fantastical, Monopoly events have pulled off an amazing convention and I cannot wait to attend another one..

Monopoly events next event is – https://www.fortheloveofwrestling.co.uk/